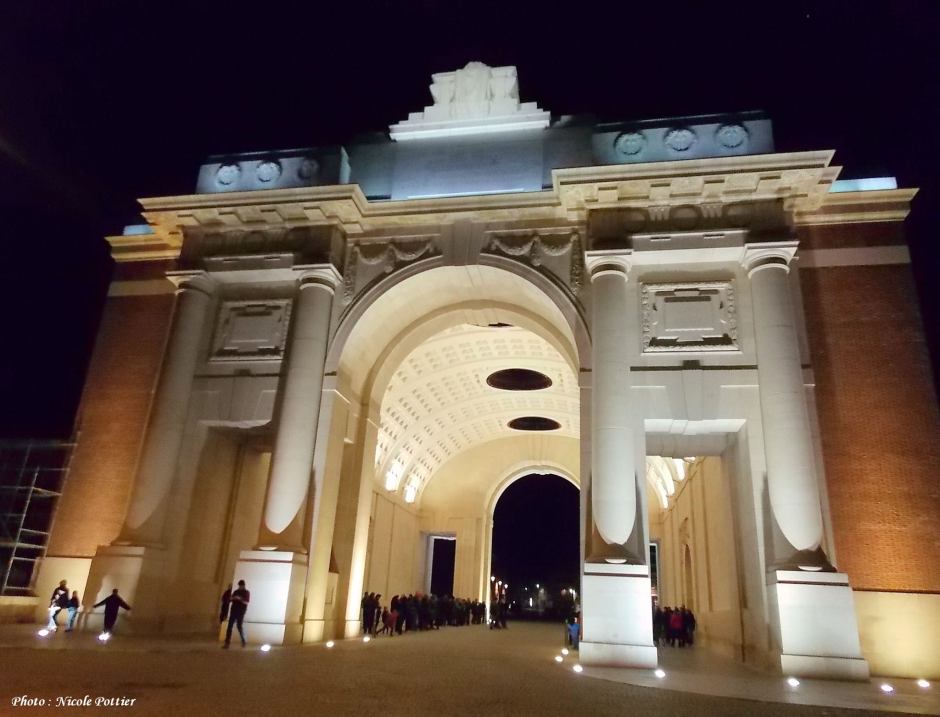 This is the war memorial to the Missing, dedicated to the British and Commonwealth soldiers who were killed in the Ypres Salient of World War I and whose graves are unknown. To this day, the remains of missing soldiers are still found in the countryside around the town of Ypres. Typically, such finds are made during building work or road-mending activities. Any human remains discovered receive a proper burial in one of the war cemeteries in the region. If the remains can be identified, the relevant name is removed from the Menin Gate.